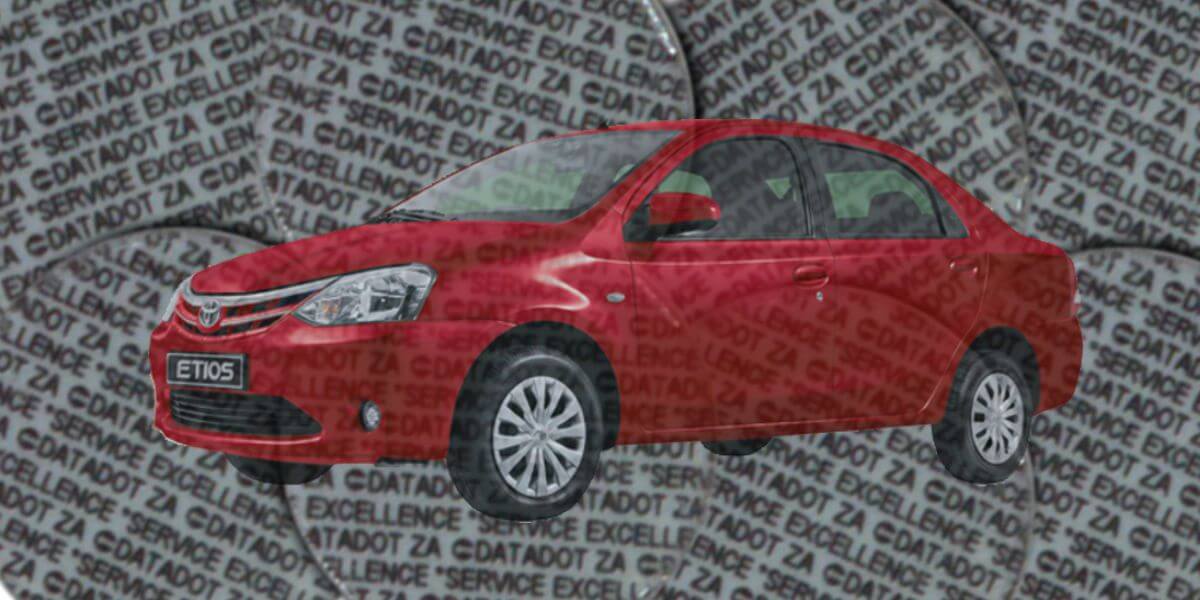 Microdots date back to the 1800’s where they were first used during the Franco-Prussian War as a message system transported by carrier pigeons. They were later used in World War I and II as a means of passing messages through insecure postal channels.

To date over 5 Million vehicles on South African roads can be identified using DataDot microdots.

DataDot have pioneered microdot technology in South Africa since 2001. Before DataDot microdots were introduced into South Africa there were only two ways to identify a vehicle if its number plates were removed or changed.

Criminals however found it easy to modify or clone these two numbers resulting in stolen vehicles finding their way back into the used car market. Two numbers are easy to modify but changing 10,000 microscopic identifiers is a near impossible task – that is - if all 10,000 of them can be found.

By putting 10 000 markers on a vehicle it effectively contaminates the vehicle with its own identity.

What is a Microdot?

A DataDot microdot is a tiny polymer disc 1mm or 0.5mm in diameter inscribed with unique information which can be viewed using a special magnifier. 10,000 microdots are fitted to a vehicle in more than 100 locations.

Once mixed in a special adhesive containing a UV trace, microdots are sprayed onto a vehicle or applied onto a bicycle or valuable asset giving it its own DNA. The fitment process for a vehicle takes approximately 20 minutes. All fitted microdots are linked to vehicle details and uploaded to the Department of Transport’s e-Natis system. 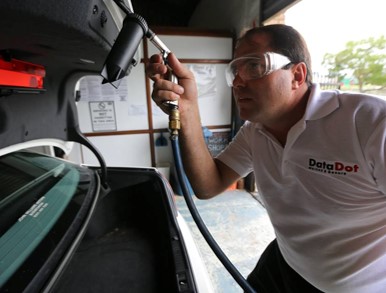 As of 1 September 2012, new vehicles and vehicles in need of a Police Clearance are legally required to have microdots. Any vehicle owner is free to get their vehicle microdotted for security purposes – if they choose to do so.

The Success of Microdots

Statistics show that the theft rate of vehicles fitted with microdots is lower than average, whilst the recovery of stolen microdotted vehicles is higher than average.  Microdot Technology also prevents the sale of stolen vehicle parts.

DataDot and SAPS Work Together in Successful Sting Operation

Vehicles worth One Million Rand Recovered