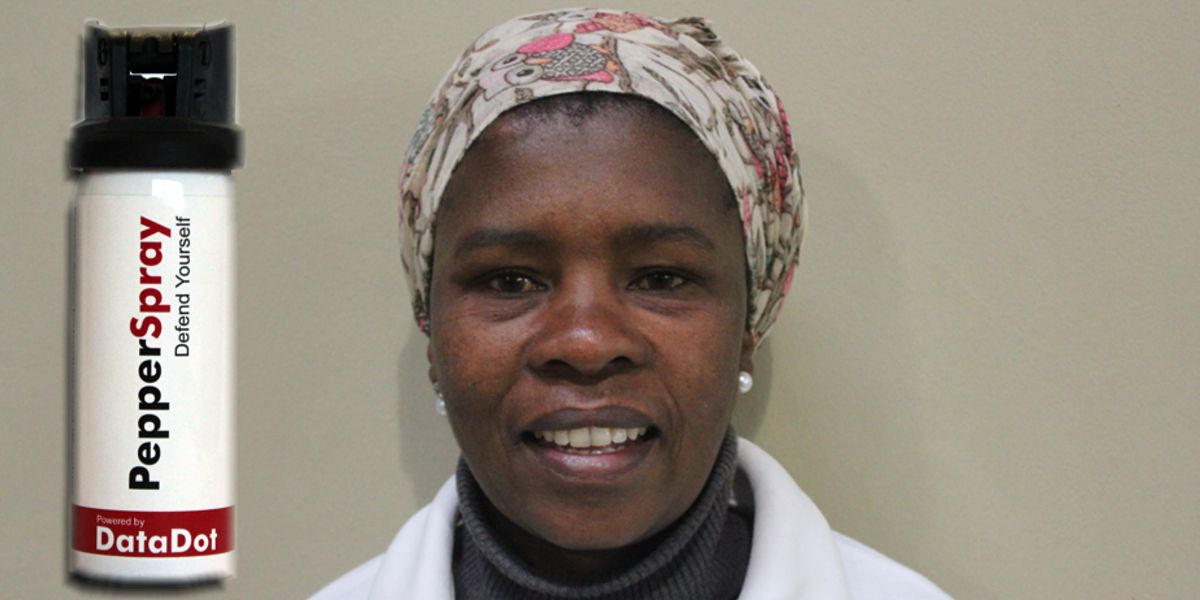 Our recently launched #pepperspray has already been proven in a case of #selfdefence.

DataDot staff were excited with the launch of the new product and were first in line to order their own.

Last week, early in the morning, our staff member Sylvia heard a scream that woke her up. She recognised the voice as her sons. Dressed in her night gown she took the pepper spray and went outside. She heard the screaming coming from the tavern close by and found her son fighting with a “Gangster” who wanted to stab his friend.

The security guard present at the tavern was too afraid to intervene so she grabbed the hand of the “Gangster” that held the knife, took out the pepper spray and sprayed him in the face. He let go of her son and ran off.She said if she didn’t have the pepper spray present on that morning her son would have been stabbed. #crimemustfall