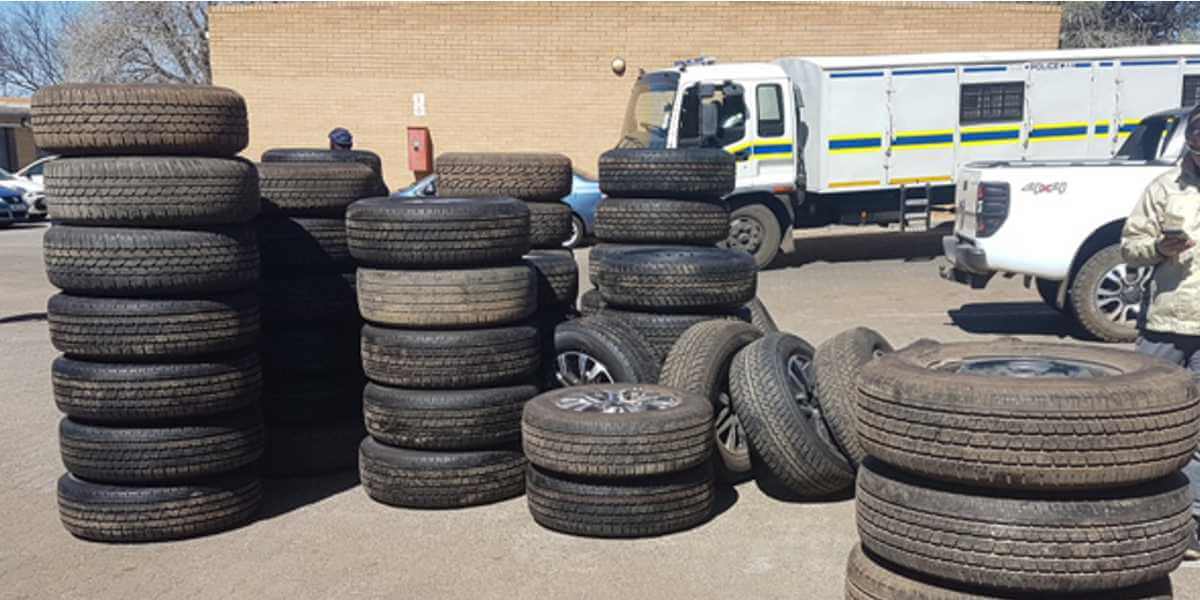 Our DataDot Microdot has been successful in identifying stolen vehicles and parts, and have now aided the police in exposing tyre thieves.

After receiving video footage of suspects stealing a spare wheel from underneath a pick-up, the Benoni SAPS team managed to track the vehicle down the same day and arrest the occupants who were in possession of equipment used to steal the spare wheels from beneath pick-ups and SUV’s.  After further investigation and questioning of the suspects the SAPS found that the rims and tyres were advertised on OLX and Junk Mail. They managed to identify the storage facility from pictures on these platforms and arrested one suspect’s wife who arrived with a truck to load the rims. All rims and tyres inside the storage garage were seized and handed in as exhibits. The suspects were charged with possession of suspected stolen property but the case was provisionally withdrawn for further investigation as SAPS could not prove the exhibits were stolen.

Our team from DataDot Technology was called in to assist with the identification of those rims.  The majority of the vehicles targeted were Fords with the remaining few being Toyotas. The common denominator with all these vehicles was that the spare wheel was attached to the under carriage. During the identification process DataDot worked closely with another microdot supplier to try and identify the rims by scoping microdots on the tyres. At the end of the exercise DataDot had managed to identify 7 rims belonging to Fortuners. One rim was fitted in 2010, three rims during 2017 and another three rims during 2016. No Ford manufactured rims were identified.

The SAPS were very impressed and excited to have been able to link the seven rims to different chassis numbers and are now in the process of tracing all owners linked to these Fortuners to establish case details, after which the case will be taken back to court.  A very well done to all involved.

Rims were sold to the Kingpin for R600.00 and to unsuspecting customers for between R6000 – R10 000.  Make sure your vehicle is microdotted with DataDot. Read more about microdots.