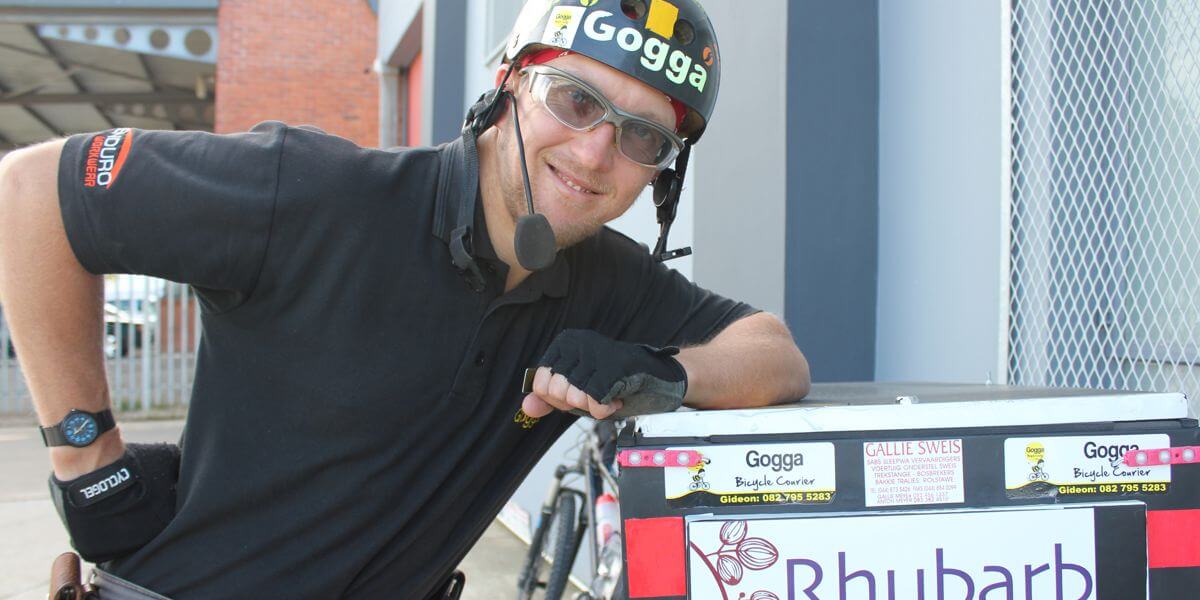 The Gogga Bicycle Courier – Gideon de Swardt - has taken up the fight against crime and seized the opportunity of marking his bicycles with DataDot microdots after one was stolen.

Gideon de Swardt has always been proactive and being visually challenged has certainly not stopped him working towards achieving his goals. He realised soon after finishing school that job opportunities were going to be limited and opted instead to follow his dreams and start his own business.

He loved cycling, wanted to make a difference and wanted to own his own company. 4 years later he is well known in George as Gogga Bicycle Courier. Moving fast and covering a lot of ground daily Gideon collects and delivers parcels with a weight of up to 12kg. In addition he saves his clients time by also doing vehicle licence renewals. In 2016 he was named the George Chamber of Business's Youth and Junior Ambassador and with glasses sponsored by Torga Optical there is no stopping him.

DataDot microdots are polyester particles 1mm or 0.5mm in diameter and are literally the size of a pin head. Using a special magnifier the unique information contained on each microdot can be viewed. The trade in new bicycles and second hand bicycles is completely open to criminals due to bicycles being unidentifiable. Bicycles are stolen, altered and even sold in parts making identification impossible. DataDot can help in creating a strong system of community support to fight against bicycle crime. DataDot makes it difficult for criminals to steal bicycles and ultimately reducing the risk of cyclists becoming victims when bicycles are stolen.

Read more on our bicycle solutions.