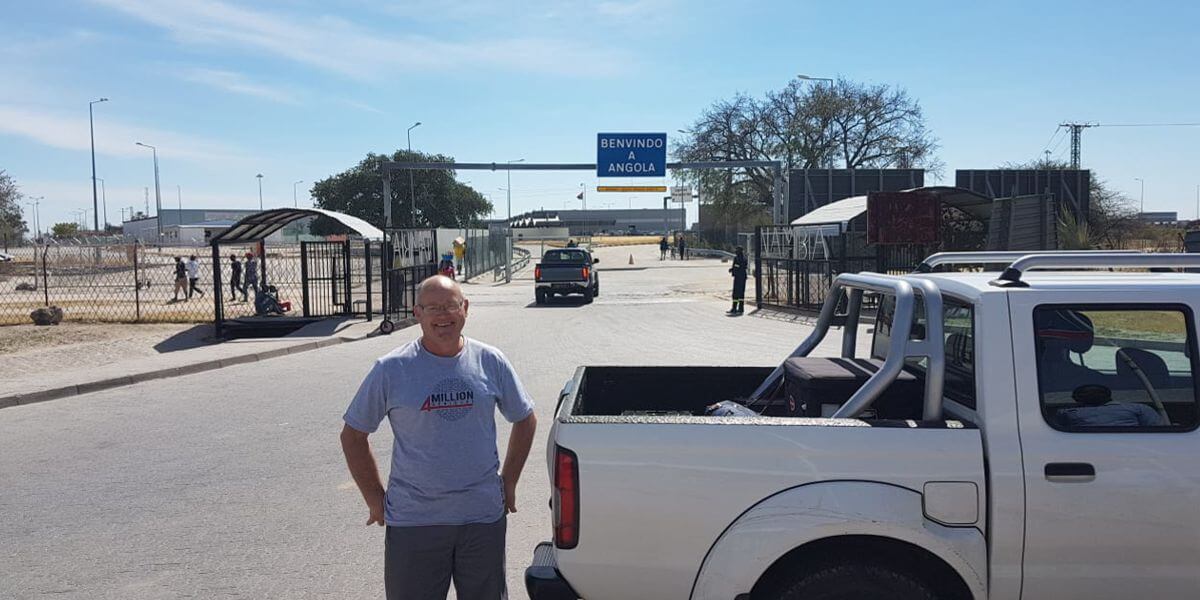 Jurie Robberts – DataDot’s National Operations Manager - recently visited Namibia as part of an extensive Police investigation into a suspect who has already been linked to several stolen vehicles.

Jurie assisted the Police in identifying a recovered South African vehicle which was impounded at Ohangwena Police Station – 5km from the Angolan border.

On further investigation it was found that attempts had been made to remove DataDot microdots from certain parts but he still managed to find microdots which the suspects had missed. The Police were then able to link the cabin to a Toyota Hilux stolen in April 2015 in Gauteng. The vehicle will now be towed to Windhoek for the owner / complainant in Gauteng to come and identify the cabin.

Microdots are polyester particles 1mm or 0.5mm in diameter and are literally the size of a pin head. Using a special magnifier the unique information contained on each microdot can be viewed.  Once mixed in a special adhesive containing a UV trace they can be sprayed onto a vehicle or applied onto a bicycle or valuable asset giving it its own DNA.

Well done to all involved!