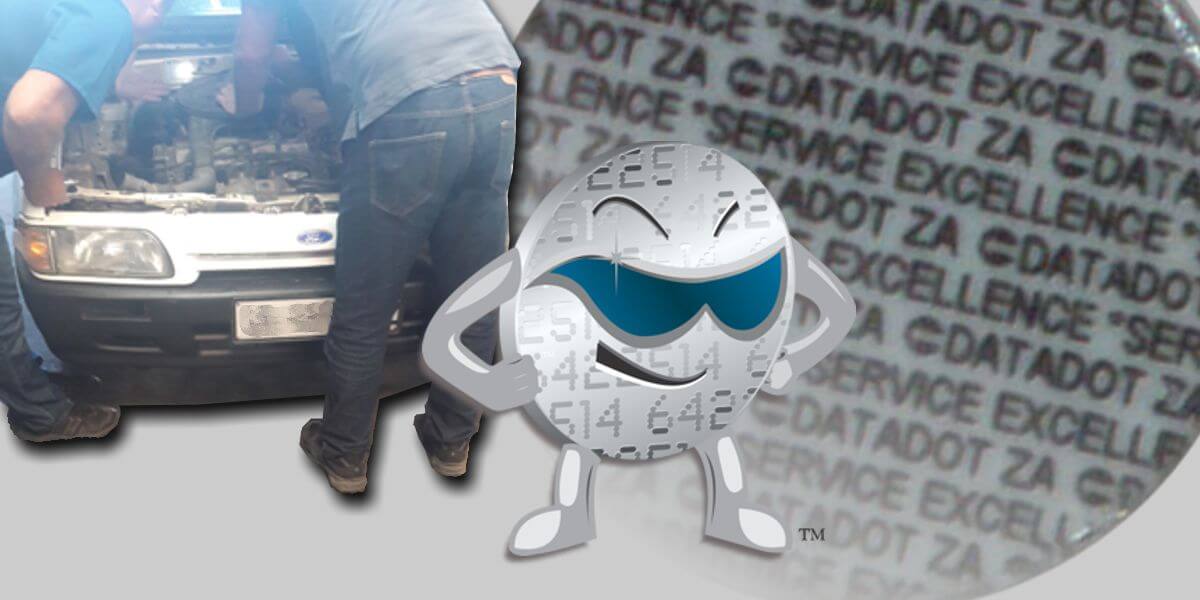 Suspects Arrested Thanks to DataDotSA!

During a routine Police Clearance check at one of #DataDotSA’s accredited fitment centres it was established that the vehicle in question was a cloned vehicle.

Law enforcement were called to the scene where the vehicle was immediately impounded and two suspects were arrested and detained.

Following strict procedure information on the microdot removed from the vehicle proved that the original and correct VIN number did not match the paperwork supplied and that the vehicle, which originated in the Western Cape, was indeed stolen. The vehicle will, in due course, be handed back to the original owner.

Investigations at this stage indicate that both suspects may well have been involved in the initial theft of the vehicle.

The Police Clearance procedure is designed to ensure that vehicle information captured on the National Traffic Information System (e-NaTIS) corresponds with the actual vehicles on South African roads in terms of description, VIN and engine numbers.  In addition to all manufactured and imported vehicles being fitted with microdots, legislation has also made it compulsory from September 2012 that vehicles, motorbikes, trailers, quads, tractors, trucks, mining equipment and construction equipment may need a Police Clearance Certificate if one of the following reasons apply:

A SARPCCO clearance is required if a vehicle is exported to one of the following SARPCCO countries - Angola, Botswana, Lesotho, Malawi, Mozambique, Namibia, Tanzania, South Africa, Swaziland, Zambia and Zimbabwe.

Click here for more information on how to do a Police Clearance.