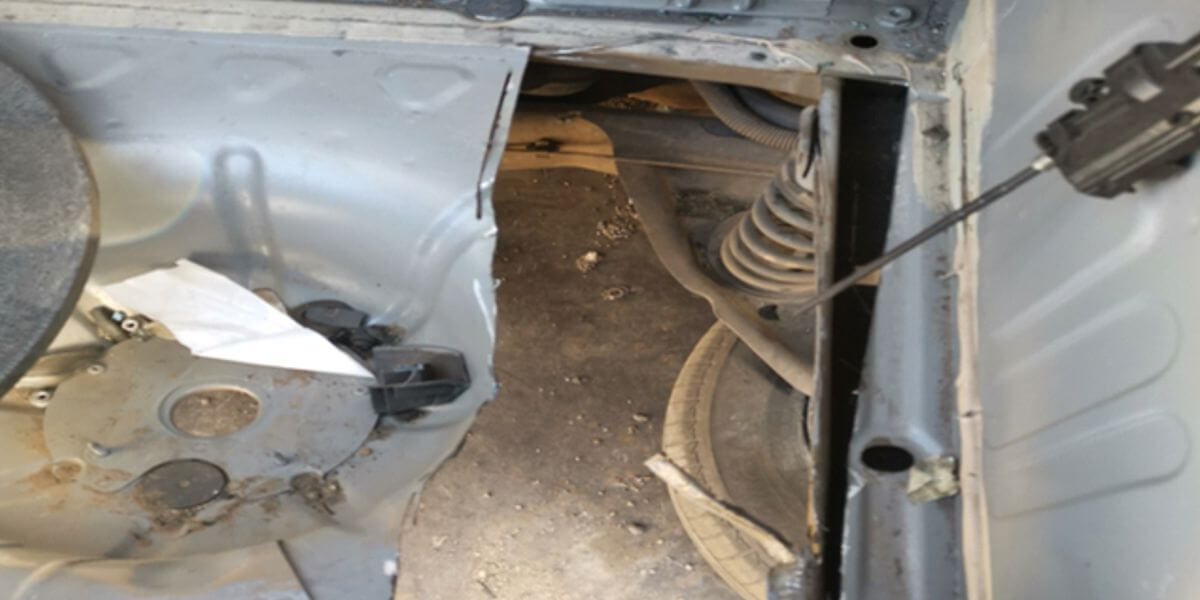 During a recent Police Operation which involved visiting 2nd Hand Dealers in Car Parts #DataDotSA came across an unidentified Brake Booster with DataDot microdots on it.

On removal of the microdot the team were able to ascertain the original chassis / VIN number of the vehicle it was linked to.  The VIN number in question was checked on the Police Circulation System and came back as not stolen. However, when checked on the E-Natis system information showed that the vehicle had been re-registered into a new owner’s name.

The Police Detective involved decided to investigate further and queried the location of the vehicle linked to the brake booster. He was shown a written off vehicle in the backyard where the stamped VIN number had been cut out. Records showed that the papers and the written off vehicle had been sold to a client who had cut out the stamped VIN number and left the wreck on site.

Interestingly enough the Renault Clio found at the Panel Beater had been established as stolen in 2015 from a KIA Dealership in Roodepoort. The question remains - where was this vehicle since it was stolen in 2015 until its recovery in 2019…………. The case is still being investigated.

Congratulations to all involved and their tireless dedication to the #FightAgainstCrime.