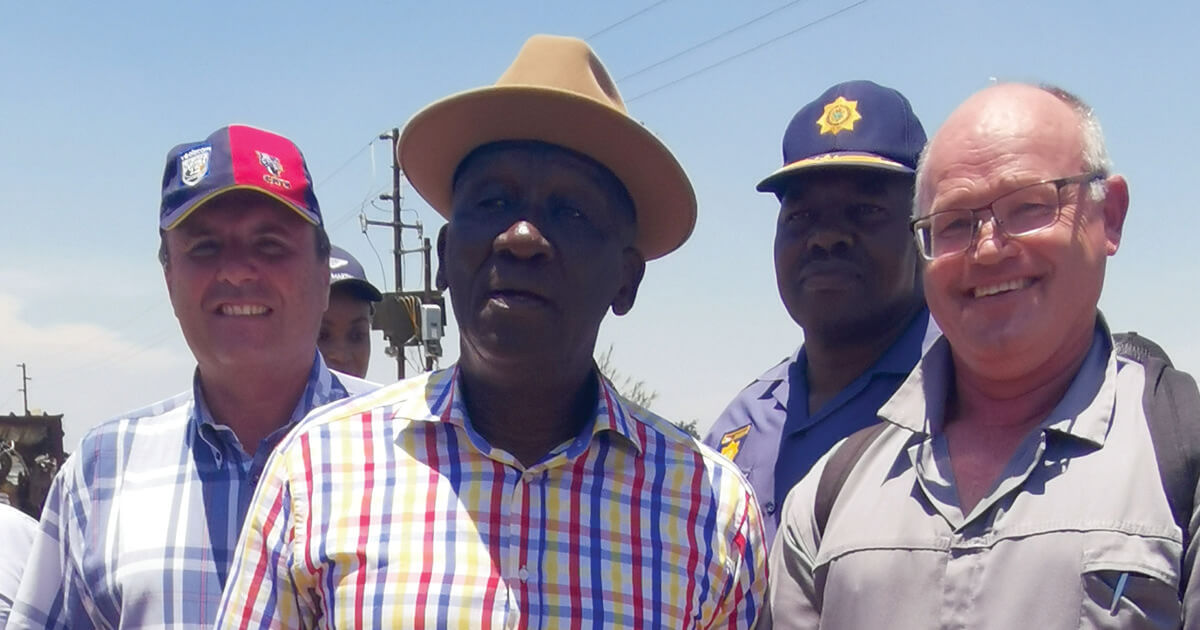 With the launch of Operation Okae Molao criminals now have NOWHERE TO HIDE.

Okae Molao deals with all aspects of law enforcement, one of which included the raid on a chop shop in Olievenhoutbosch where #DataDotSA were called in to assist with the identification of vehicles and vehicle parts.

During the operation the Minister of Police - Mr Bheki Cele and other high-ranking Senior Police Officers were on-site to observe law enforcement in action. The Deputy National Commissioner, Lieutenant General Tsumane expressed how impressed he is with the past successes obtained during Police Operations with DataDot Microdots and how they give Police the extra edge in the fight against vehicle crime in South Africa.

The operation resulted in:

Law Enforcement is key to the success of South Africa. DataDot SA continue to work closely with the South African Police Service and are committed to providing a safe and secure environment for all South Africans. This can only be achieved by ensuring the SAPS are equipped with the knowledge and skills to identify vehicles and assets fitted with microdots. To date over 20,000 SAPS members have been trained by DataDotSA - these include: